Are You Ready for The Great Reset? 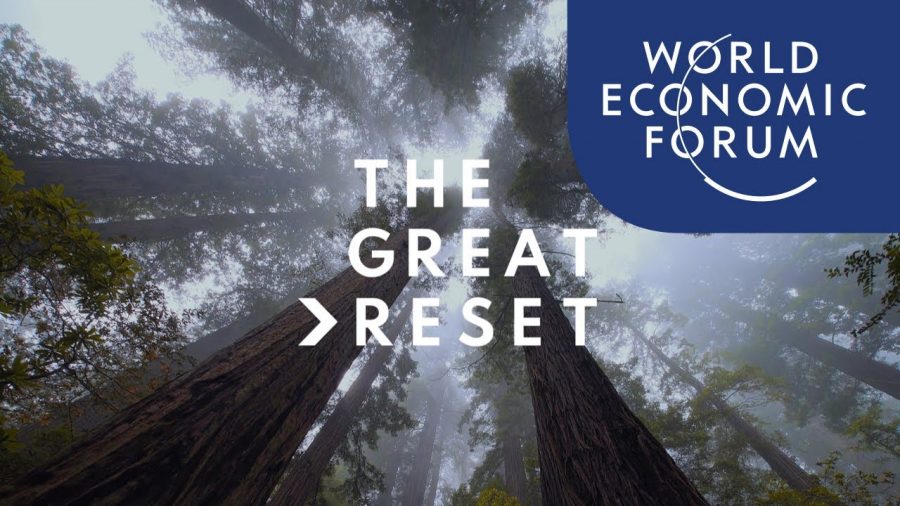 On January 25-29, 2021, there occurred a world changing event. World leaders, economists, billionaires, bankers, and CEO’s met for the World Economic Forum in Davos, Switzerland. This summit of the ruling elite is an annual event that, according to the WEF website, “is a pioneering mobilization of global leaders to shape principles, policies, and partnerships needed in this challenging new context … to shape global, regional, and industry agendas.” There is no entrance charge to go to the conference, but one has to be a member of the WEF to gain admittance. The privilege of being a member starts at $100,000 a year for entry level membership all the up to the “strategic partner” level which costs $1.2 million, so you better start saving up now if you want to hob knob with the 21st century aristocracy.

In attendance at the 2021 meeting were Prime Minister of India Narendra Modi, Chinese President Xi Jinping, French President Emmanuel Macron, German Chancellor Angela Merkel, Japanese Prime Minister Yoshihide Suga, World Health Organization Director-General Dr Tedros Adhanom Ghebreyesus, United Nations Secretary-General António Guterres, President of the European Central Bank Christine Lagarde, Former Secretary-General of the Organisation of Economic Co-operation and Development Angel Gurria, Executive Chairman of Mastercard Ajay Banga, and CEO of Softbank and the second richest man in Japan, Masayoshi Son. President Joe Biden and U.K. Prime Minister Boris Johnson did not go (Biden gave a “special address” speech at the 2017 conference), but U.S. and U.K. interests were well represented by Bill Gates, Chairman and CEO of Bank of America Brian T. Moynihan, Former Governor of the Banks of England and Canada Mark Carney, and Walmart CEO Doug McMillon. The theme of the conference was “The Great Reset Initiative,” described by Professor Klaus Schwab, Founder and Executive Chairman of the World Economic Forum, as addressing how “the pandemic represents a rare but narrow window of opportunity to reflect, reimagine, and reset our world.” The thinking behind this initiative is that the COVID-19 pandemic revealed how fragile and vulnerable our major institutions, industries, and social systems are and that on reflection the global community needs to “reset priorities and urgen[tly] to reform systems …” How may you ask is this Herculean task to be done? How will the world’s economic, environmental, cultural, technological, scientific, and political structures and aggregates be revised to prepare for the next world changing event? Well, the WEF has multiple solutions that will save us all.

The first is the Fourth Industrial Revolution, a combination of scientific, government, and private industry research and development as represented by five key innovations: artificial intelligence, bio-engineering, robotics/cybernetics, Nano technology, and the adaptation and integration of the “virtual lifestyle.” This revolution is trans-global and affects 1st, 2nd, and 3rd world countries, particularly “underdeveloped” and “underinvested” regions in Africa, Asia, and South America. These technological advances are not only supposedly focused on humanitarian, civil, and social benefits, but, surprise, surprise, have economic incentives too, as reflected in the unbiased articles posted on the WEF website with titles like “3 ways COVID-19 could actually spark a better future for Africa,” “How digital entrepreneurs will help shape the world after the COVID-19 pandemic, ” “Who will be the winners in a post-pandemic economy?,” “How a post-COVID-19 revival could kickstart Africa’s free trade area,” and “What small island nations – like Saint Lucia – need to survive and thrive in the post-pandemic world.” Although the pandemic killed 5.16 million people and destabilized countless communities, it gave venture capitalists a rare opportunity to get in on the ground floor of nations and markets that are desperately trying to rebuild their shattered existences. “The Great Reset” is a do-over button that came into being as a way for the rich to get richer and the powerful to seize even more power while their victims are already down on the canvas.

Hand in hand with the Fourth Industrial Revolution and “The Great Reset” is the WEF’s other “magic bullet”: the stakeholder theory. The stakeholder theory proports that private industries, corporations, and financial institutions should be accountable to all aspects of humanity. In order to better “serve” the planet, these benevolent stakeholders need to develop partnerships that will allow them access to the entirety of civil society, and so multinational conglomerates will become even more involved in government, military, social agencies, education, health services, media, and even food production and distribution. This sharing of “global governance” has already gained its advocates in such fields as energy (Saudi Aramco, Shell, Chevron, BP), food (Unilever, The Coca-Cola Company, Nestlé, Monsanto), technology (Facebook, Google, Amazon, Microsoft, Apple), and pharmaceuticals (AstraZeneca, Pfizer, Moderna). Even the U.N. has made agreements with the WEF to explore implementing the stakeholder theory in economically disadvantaged countries. The key question for the stakeholder theory is what happens when a stakeholder gains a majority in terms of the stake invested in a venture? Will that stakeholder take over the reins of power, transforming the company into a better, more efficient, profitable organization? Or will the stakeholder decide to drain the company of its assets and move onto the next hostile takeover or moneymaking scheme? Are the ethos of business culture in line with the humanitarian needs of a post- COVID world? Will governments and social institutions become merely facades, camouflage to disguise the true motives and objectives of the corporate stakeholders? Where is the democratic supervision of and accountability for these despotic procurements? The financial “downturn” of 2008 revealed the consequences of unbridled acquisition, merger, and takeover mania between private and public sectors as legislative deregulation and risky hedge fund trading resulted in governmental bailouts and stock bonuses for the corporate stakeholders and the loss of homes, jobs, and life savings for the rest of us. So much for the accountability of conglomerates…

We are already experiencing the colluding of businesses and government in terms of internet surveillance, geographic profiling, cyber-spying, and social control. The Chinese government’s policing using Artificial Intelligence and its facial and voice recognition software could not have been possible without the assistance of companies like IBM Corp, Intel, Dell Inc, Cisco Systems Inc, Hewlett-Packard Co and Juniper Networks Inc. And right here in the U.S.A., Microsoft, Facebook, Apple, Yahoo, AT&T, and Verizon have all collaborated with the National Security Agency to develop “predictive analytics” that collect data from our travel check-ins, social media usage, search engine records, and online purchases, which are converted by algorithms to help predict everything from what Youtube video to watch next to potential political dissidence. The stakeholder theory has gone beyond theory into applied authoritarian practices that have ensured that exploitation, dominance, and oppression will have no counterbalancing check of power from governments and social institutions. What is really being manufactured by the Fourth Industrial Revolution is a technocratic, consumerist, virtual ideology for a monopolized, homogenized, commercialized, despondent world of manipulation, intrusion, and corruption.

The motives behind “The Great Reset,” the Fourth Industrial Revolution, and the stakeholder theory are really not that different from the imperialism and colonialism that began the steady drive towards globalization 500 years ago. The early venture capitalists used ideology, technology, and support from kings and queens to rip open new markets, confiscate resources, pillage the environment, erase local cultures, and commodify human beings into products that could be bought and sold for a profit. Scientific innovations and technological breakthroughs were funded by those who wanted more power, more control, more wealth, and yet hid behind humanitarian clichés like building a fairer, just, and more civilized and equitable world: phony selflessness masking monstrous selfishness. In the 21st century engulfing material reality is not enough for the robber barons; they are getting in on the simulated ground floor of the “metaverse”: digital land deals involving buying up virtual spaces using the equally duplicitous conjurer’s trick of cryptocurrecncy. While the masses have been worried about the effects of the Corona virus, perhaps we should have been more worried about the totalitarian plutocratic virus that was lurking in the shadows of the pandemic, waiting to infect and overtake an already weakened social body. There seems to be no vaccine nor mask to protect us from them. Critics of the WEF have been painted as conspiracy theorists, cynics, and screwballs by major media outlets, media outlets owned by members and sympathizers of the WEF, and so where then will exposure and resistance come from? The World Economic Forum are the enablers of the same old world-wide economic domination with a shiny new iPhone sheen that will surely have repercussions for all the citizens of the world. Unfortunately, there is nowhere to hide anymore thanks to the electronic surveillance and the friendly consumerist fascism we have invited into our lives. Perhaps this could be the theme of the next World Economic Forum Annual Meeting on January 17-21, 2022 in Switzerland: How I Learned to Stop Caring and Love My Corporate Masters.